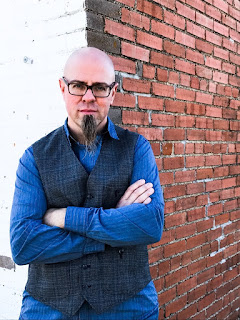 First, there’s the epic beard and the stark head, then there’s a persona that is unbolted and expressive. This artist's most prominent feature is the incredible ability to embrace so many people with his music. Like great artists before him, he goes by his solitary last name: SAVERCOOL. Richard Savercool’s dawning music career gushed onto the local scene with the release of his debut recording, Unburdened, back in late 2015. Since then, he has played with the likes of Theresa Yow and Justin Gambino. Local Houston Music met with SAVERCOOL and his wife in their home in North Houston to talk about their life as an independent artist in Christian Contemporary Music. SAVERCOOL will draw you in with his classic style of earthy tones and southern rock themes woven into a modern Christian worship set. His reach is broad with fans of many ages and different walks of life.

Besides listenership, his artistic allure introduced him to his now wife, Trista, at the age of 36. “My attraction to him was that he was a drummer, and, Lord, I didn’t know what I was getting myself into”, she says while laughing. The couple is a powerhouse of talent and management. Richard tells us “As the productions continue to get bigger and bigger, she’s right there with me learning as we go.” SAVERCOOL is a team effort between the two of them. “From late nights at Celebrate Recovery, to church every Sunday, the practices, and being in the studio with many musicians, and also being in the studio for himself,” Trista added, “It’s all been strengthening and a learning process about who he is, and it’s taught me not to be so selfish and to support him in what God has given him to do.” 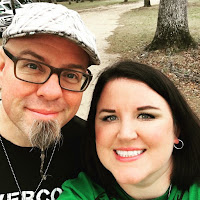 In the early stages of SAVERCOOL’s musical conception, he spent countless hours in his home studio writing, recording, and refining his repertoire. With a catalog that seems infinitely long of original songs and covers, he spent the better part of the early 2000’s discovering his voice and the message that he sings about today. As his musical career began to take a foothold, and the gigs started to line up, Trista encouraged him to make his early recordings available online: “It took a lot of coaxing to finally get three songs from him that I could put on Reverb Nation. I mean, from the million songs that you have, you’ve got to give me something!”

Trista goes on, “At one point I told him that I was just gonna go and make a CD with what I had. I was no longer taking no for an answer.” With that kind of push, Richard pulled focus on ten of his best originals for an all acoustic recording.

“I thought to call it Unplugged,” he says. “Trista sent me a list of synonyms for the word ‘unplugged’, and before telling each other our choices, we both picked ‘unburdened.’ Now we had the name of the album. I didn’t think that I should title it after a featured song, but the morning before I was to go to the studio, at 8:00 am, I started writing.” So the song “Unburdened” was written. “It has affected so many people, and is one of the most requested songs,” Trista says. 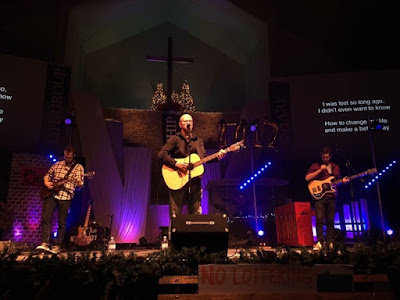 The conceptions of most of his tracks span back almost a decade. They are filled with encouragement, the Gospel, and storytelling. One song, “Summerleigh”, was written in response to the child of a family that Richard and Trista knew. She danced to Richard’s music once during an encounter and opened his eyes to the innocence of children: how they are free to love so openly. “Summerleigh” is also one of the most requested tracks on the album.

SAVERCOOL’s latest release is a new song called “Thankful.” It is featured on the compilation CD, Crossroads, and was produced by Justin Smith. The record was compiled by ETX records in late 2016 and features many artists in the surrounding area. The new single is also accompanied by a music video which is another first for him.

Moving forward for Richard he looks to produce another full-length record. “It’s not to be about who I am, but who I am in Christ, and what he has done. I believe that is the focus.” Richard says, “I picture myself taking the core aspect of Thankful, and stepping forward with that similar sound for a more produced album that, I believe, is going to represent what I really want to be.”